I haven't used the word "crave" yet during my pregnancy, because I'm saving it for when I wake up at 3 in the morning, and make Dan go to Walmart and pick up something for me.
I have, however had a couple hankerings.  Don't ask me what the difference is between craving, and hankering, it's semantics.  But I'm using it.

So, I had a hankering a couple weeks ago for my Mary's (see her story here) sour cream and potato soup.  It's what we got as kids instead of chicken noodle soup when we were sick, and as far as I'm concerned, it's better.  But, I realize I never had YOUR mom/grandma's chicken broth or chicken noodle soup, so if you disagree with me, I will not argue this point. :)

Mary has bought a computer, and learned how to use the internet since we moved away, solely so she can stay in touch with her kids.  So, I emailed her, asking for her potato soup recipe.

Now, because this stuff is so good, and I'm not a great chef, and can't guess the ingredients in things, I did not expect this recipe to be so simple.  But it is stupid simple.  Seriously.  So, I decided a recipe like this, that even someone as cooking-challenged as I can master, had to be shared.  I already shared it with a friend of mine, and she made it for herself, and it turned out pretty awesome if you ask me. 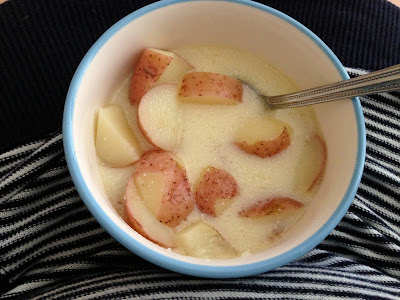 So, here's what you need.

1. Pour 4 1/2 cups of water into a pot.  (I've always had it with peeled potatoes, but you can leave them unpeeled like my friend did)  Cut the potatoes into similar, bite-sized chunks.  (My brilliant husband told me that if you put them right into the water after cutting, they won't get brown.) 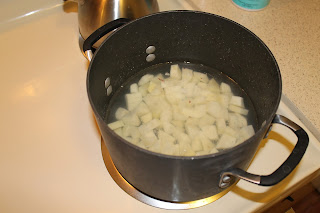 2. But pot on med-high heat, bring to a boil, and boil until potatoes are cooked through.  (Easy way to tell, is to stick a fork in it, and if you can stick it in, and pull it and with ease, they're done.)  During this time, add salt and a couple pinches of Vegeta.  Vegeta is a European spice, similar to Mrs. Dash.  It's salty, with some bits of dehydrated vegetables in it.  You should be able to find it in the ethnic section of your grocery store, or just an ethnic grocery story.  I've found it in Middle Eastern stores, and also at Rowes IGA in Jacksonville.  This is what it looks like. 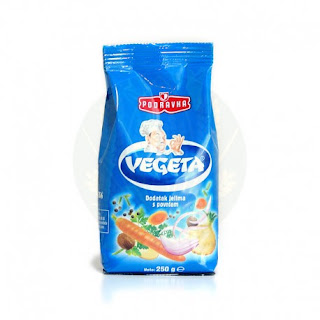 3. While the potatoes are boiling, in a small pan, on a low-med heat, combine oil and flour.  This will act as a thickening agent. 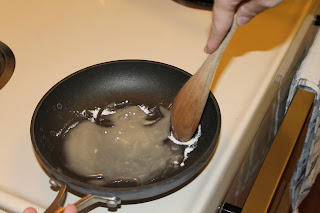 4. Once the potatoes are cooked through, add the thickening agent (rántás, in Hungarian) to the potatoes and water, and bring it back to a boil. 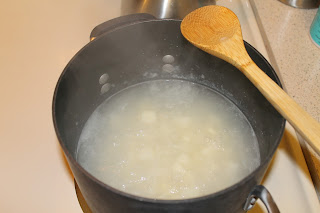 5. Add 3/4 cup of sour cream (that's an estimate, if you want more, go for it!), pepper, and Vegeta to taste.  I'm always afraid of adding too much Vegeta, because I love the stuff.  But you need a decent amount, to give your potato soup some good flavor. 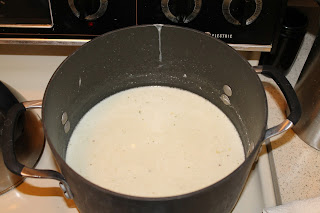 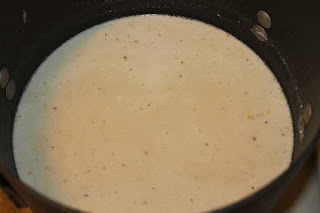 6. Serve with a slice of hard-crust, thick cut bread (for dunking)!

Tips:
- If you can't find Vegeta, substitute with regular salt
- This soup warms up really well
- Remember, this is a "get well", "feel good" soup.  You don't want it to be too heavy, or too flavorful.

Hope you enjoy this, and remember it next time you feel under the weather, and need a food hug.


Posted by Serendipitous at 3:47 PM