One of the delights of Hungarian cuisine is Cold Sour Cherry Soup.  Yes, you read that right.  It is a dessert disguised as a soup.  For those of you who are wondering, yes, it is sweet.  Yes, you eat it before dinner.  Yes, for real.  Do you need this in your life?  Of course you do.  Read on to find out how to make this bowl of deliciousness. 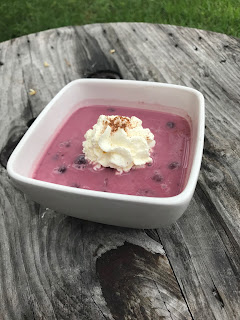 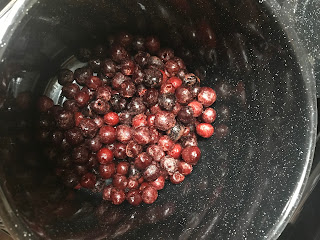 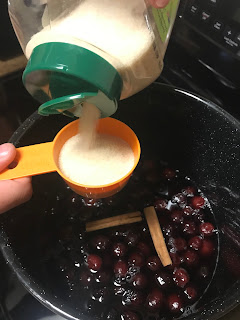 3. Bring mixture to a boil, stirring occasionally, and simmer for 10 minutes.  (Taste the "broth", if it doesn't taste cherry-y enough, simmer a little longer.) 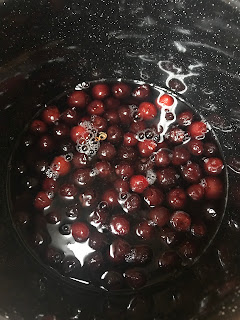 4. In a separate bowl combine sour cream, flour and eggs. 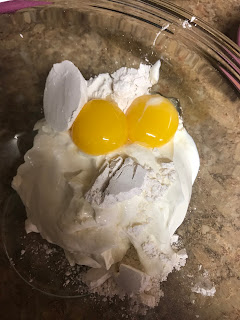 5. Whisk mixture together until it is smooth. 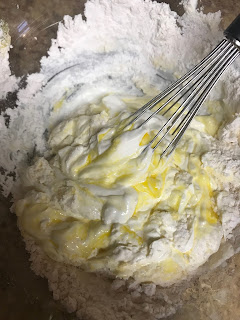 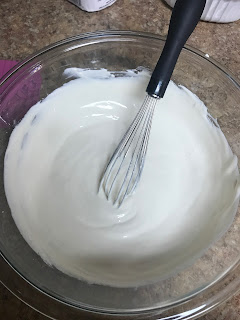 6. By this time your cherry mixture should look like this: 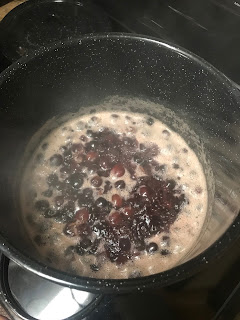 7. Fish out the cinnamon sticks. 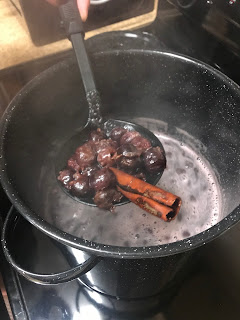 8.  Scoop out about a 1/3 cup of the broth (without cherries in it), and mix it into the sour cream mixture.  Mix it in quickly, and evenly. 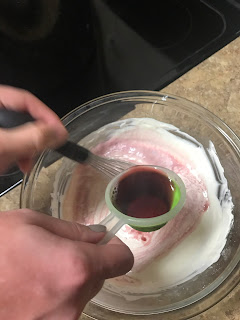 9. Continue to add scoops of the "juice" to the mixture, until you bring the sour cream mixture up to a decent heat.  (You probably won't be able to get it as hot as the original broth, but try to get it hot.  If it's too cold, it'll separate, and create little floaty chunks that'll rise to the surface.) 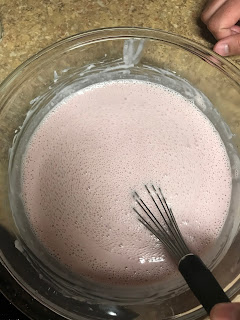 10.  Slowly poor the sour cream mixture into the broth, while continuously stirring. 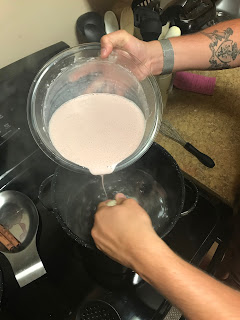 11.  Heat the soup back up a little bit, but be careful NOT to bring it to a boil, or it'll to cook the eggs, and curdle. 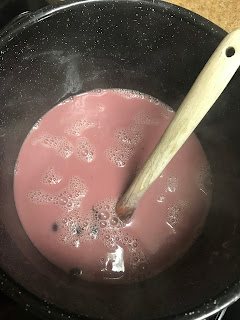 12.  In your sink, create an ice bath (ice and cold water).  Put the pot in it, and stir it, until the soup is genuinely cold.  If you don't cool it down enough, and place it in the fridge, it'll sour. 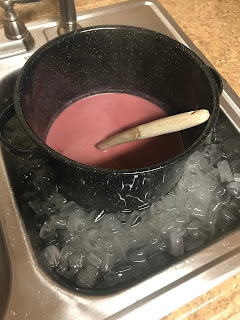 13. Place in the fridge overnight to chill.

14.  The next day you'll need to stir it together, as it'll separate a little, but that's normal. 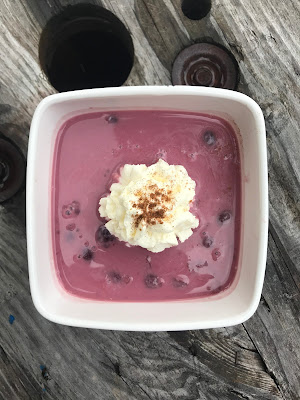 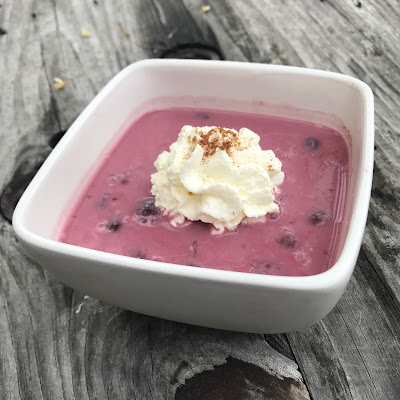 Tips:
1. Hungarians make this with a variety of fruit (like apples), so feel free to experiment!  Just keep in mind, that the amount of sugar will probably change.
2. This recipe is NOT hard at all, there are just a couple things you have to pay attention to: 1; get the sour cream mixture hot before you add it to the broth, 2; don't let the soup boil once the sour cream mixture is added, 3; thoroughly cool the soup down before placing it the fridge.
3. Make sure it tastes like the fruit, not just "sweet".

And there you have it!  Please let me know how your's turns out, if you decide to make it!  Especially if you use other fruit!
Happy cooking!

Posted by Serendipitous at 11:12 AM