One of the sorrows of my adult life, has been the inability to find the Anne of Green Gables movies on digital download.  Just recently I found them on Gazebo TV.  They have an Apple TV app, which is great!  They're still in beta phase, so it's a little clunky (you have to purchase them on the website, and type in a code in the app), but nonetheless, there they are, and my life is complete. 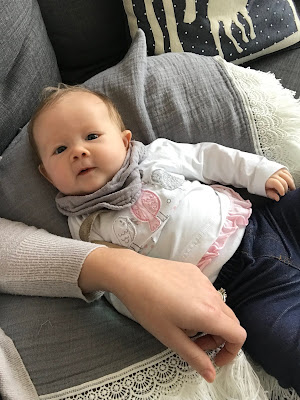 Jocie (my three-month-old) and I were holding hands on the couch, watching Anne of Green Gables, and it was one of the sweetest moments of my life, one that I've been dreaming of.  And then, we got to one of my favorite parts of the story - books included.

If you're unfamiliar with the story, Anne is an orphan girl with a wild imagination, who is taken in by a brother and sister - Matthew and Marilla.  Marilla is stern and fair, yet loving in her own way.  She doesn't always understand Anne's fanciful ways, and gets frustrated when Anne gets herself into scrapes.  She grows in patience and understanding towards Anne, and is as proud of her as any mom could be.
Matthew though... Matthew is a man of very few words.  He is a simple man, who never married.  He is a hard-working farmer, with no frills in his life.  Enter Anne.  Anne captivates his heart from the very first moment.  She is the love and joy his life was missing.  And he is the calm and steadfast love she needs.
In the story, there is a party that Anne is invited to.  She desperately wants a dress with puffed sleeves, but sensible Marilla will have none of that nonsense.  Matthew goes into town and buys the frilliest, puffiest sleeved dress - probably the most frivolous purchase he's ever made.  When Anne sees it, she can't contain her joy, and his eyes are the happiest we've seen them.
It was the gesture of a father's lavish love.

Another one of my favorite stories within a story is one from Little House on the Prairie.  Laura is attending school, where all of the little girls have sparkling metal little lunch pails to take to school.  They are the repurposed bucket the lard comes in at the general store.  The Ingalls have no need to buy lard, they have their own.  But Pa buys a bucket of it anyway (a huge expense for a pioneer family), so that his little girl can have her heart's desire.  Lavish love. 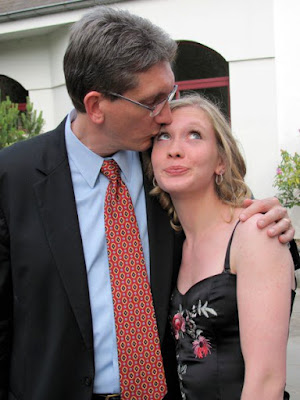 When I was 12, there were these shoes I wanted more than anything!!  They were turquoise fake snakeskin platform sandals - basically the tackiest, ugliest shoe - but they were just THE COOLEST, and I wanted them desperately!  We had just gone back-to-school shoe shopping with my mom, and I had already bought what fit into the budget.
When we got home I couldn't stop thinking about, or talking about the shoes.  A couple days later when I came home from school, my dad sat me down on the couch, and said he had a surprise for me.  He reached behind the cushion and pulled out a shoe box.
Inside, there were the sandals!!
That was probably the single most wonderful gift of my preteen years - maybe more!  I was so excited, and wore them everywhere!  They were gaudy, bright and obnoxious - but they were beautiful as far as I was considered, and they were the only thing my heart wanted!  And my daddy got them for me.  This is the same man who stopped at a Walmart on the way to an itineration Sunday morning service because one of my glue-on nails had fallen off, and I needed a replacement.  (13 year-old Abigail had disastrous style.)  And the man who found the prettiest birthday cake every year.
Lavish love. 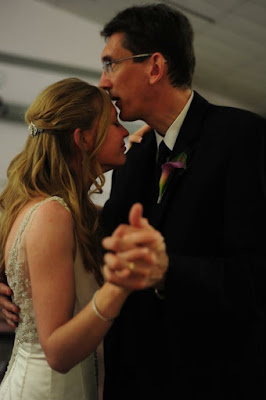 Now, I'm not saying that dads need to always get their children everything that they want.  In fact, if they do that, the specialness of it is lost.  But it's these grand gestures of generosity and love that stand out in my childhood.  It's not about the money spent.  It's about the thought put into it, and the fact that they didn't "have" to do any of it.  It's the fact that, if it's important to me, it's important to him. 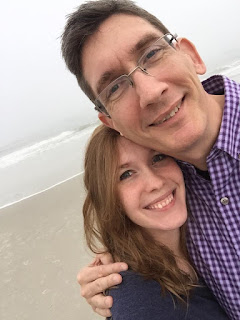 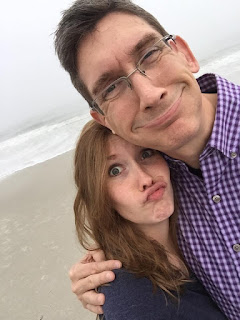 And that's the kind of lavish love our Heavenly Father has for us!  He cares about the things that matter to us.
Matthew 7:9-11 says,
“Which of you, if your son asks for bread, will give him a stone?  Or if he asks for a fish, will give him a snake?  If you, then, though you are evil, know how to give good gifts to your children, how much more will your Father in heaven give good gifts to those who ask him!"

God desires to give us good gifts.  Not in a prosperity Gospel kind of way (big house, fancy car), but in a deep-desires-of-our-heart way.  God's love is lavish - He literally sent His only son to die and rise again, so that He could have a relationship with us.
I think God gives us dreams, and He finds pleasure in us pursuing them.  1 John 5:14 says,
"This is the confidence we have in approaching God: that if we ask anything according to his will, he hears us."

The God of the universe hears you, and wants to give you good gifts.  So, take your deepest-held desires, and give them to Him in confidence.

And to any daddies reading this - don't be afraid to make a big gesture!  If your kid has been talking about something, surprise them by spending time together doing it, or making it happen.  You don't have to spend money, that's not the point.  Children want to be heard, and feel like they matter.  Because they do.
Posted by Serendipitous at 8:46 AM