Becoming a Mother of Prayer

(Please understand, I am not trying to be insensitive to someone who has had troubled pregnancies, or has gone through the pain of a miscarriage.  I can’t imagine the hurt and heartache you must’ve gone through, and I am so sorry for your loss.  I am not trying to give an explanation on why God allows certain things in our lives.  I am simply doing some research on prayer through motherhood, and applying it to my situation, and hoping it might help someone else along the way too.) 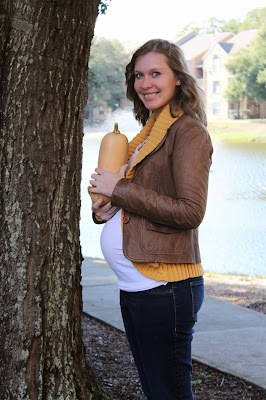 Something like this is so hard to start, so I’m just going to jump right in.
When we first found out about being pregnant, we did so, because I was in excruciating pain, and we’d just started trying, and we wanted to make sure I wasn’t taking any medication that could potentially hurt a baby.  Well, as it turned out, I was pregnant!  I chalked up my pain to the pregnancy, because I’d never been pregnant before, I’d never had these pains before - ergo, that must be why.
The pain didn’t go away however, in fact it got worse.  The only thing that would help was laying in the bathtub under a warm shower, until it passed, which was anywhere between 20-90 minutes.  I so wanted the pain to go away, but I was willing to endure it, for the baby.  When you’re pregnant, and emotional, you worry about things that don’t even make sense- like wishing the baby away.  So, one day, I was laying in the bathtub, crying from pain, whispering “baby stay, pain go, baby stay, pain go”.  I felt a sense of peace, and warm, comforting words filled my heart, “I have not given, only to take away”.  I cannot tell you what those words meant to me!
In the end, we had to go to the E.R. (we were worried about a possible tubal pregnancy).  They said everything with the fetus was okay, but I had a bad UTI, that was causing all that pain.  I finally got the right kind of medicine, and slowly but surely, the pain went away.  But that promise, that hug from my Heavenly Father stayed with me, and got me thinking about how I wanted His voice to be a constant during this pregnancy, and into my baby’s life.  About how I wanted to be a mother of prayer.
I started thinking about mothers in the Bible.  (This is a side-note, and not what I’m focusing on today, but I think it’s so interesting, how prominent infertility, and the promise of a baby is in the Bible.  Check it out, it’s really powerful.  Sarah, Hannah, Samson’s mother...)   I decided to take a closer look at Samuel’s mother, Hannah.  I’ve always found her very interesting, and of course knew the basics of her story.

1. Hannah prayed before she became pregnant.

In her case, it was because of infertility.  If you look at 1 Samuel 1, you will see the picture of a woman, who is deeply beloved by her husband, in spite of her infertility (which basically would’ve made her of “no value” to most other men).  She is one of two wives (something I don’t have to deal with, haha).  The other wife has given their husband many children, and openly taunts her with it.  Although this “sister wife” situation is not something we as women deal with today, we can all understand the feelings of inadequacy, and longing.  So Hannah prays.  She prays for the deepest desire of her heart, which is a baby.

I love this part.  God has a special place for a mother’s prayer.  Eli comes over, thinks she’s drunk, scolds her.  So she tells him about her wanting a baby.  As we know, by this time, God isn’t speaking through Eli anymore.  So, when Eli tells her “Go in peace, and may the God of Israel grant you what you have asked of him.”, he’s not giving her a “thus sayeth the Lord”.  He’s basically saying, “good luck”.  But you know what?  Hannah didn’t need a priest to be a go-between.  God heard her prayer, and like it says in 1 Samuel 1:19, God remembered her.
Dan and I prayed long and hard before we decided to start trying to have a baby.  Were we ready to be parents?  Is “now” a financially responsible time to do this?  (Not “Can we afford this?”, because if you wait for that day, you probably will never get there.  But I always say, God gave you a brain to use it.  If you’re barely able to put food on the table, and are about to get evicted, wisdom says you should probably hold off on adding another person to that mix.)  I don’t think as a Christian you can take any step like this without prayerful consideration.

In 1 Samuel 1:19, it also says that Hannah praised the Lord.  Even before the promise came to fruition, she was praising God.  That’s how I felt in that moment I described earlier in the shower.  Although I was feeling worried, and wasn’t sure of anything, God promised me a baby.  He promised me that he wasn’t just toying with my emotions.
With Sarah, you can see the opposite.  When God and the angels went to visit Abraham, to give him the promise about Isaac, Sarah laughed in disbelief.  Instead of believing God, and praising him for the promise, she didn’t have faith.
It’s hard to have faith without any evidence, but at that point it’s not faith anymore.  However, when we do have faith, and we see God’s promise fold out, what a testimony that is to others, and to ourselves later on!  When something arises that we need faith to believe, we can look back at this time, and know that God brought us through, and that he will do the same again.  It’s like in Mark 9:24, “I do believe; help me in my unbelief.”

Hannah didn’t only accept God’s gift of a son, she gave him back to God.  In this story, it is a tangible, physical “giving back” of Samuel, where he moves into the tabernacle, and essentially is raised by Eli.  However, in our situation, it is a much more spiritual, emotional, yet just as real situation.  Just like it says in Deut. 11:19, “Teach them to your children, talking about them when you sit at home and when you walk along the road, when you lie down and when you get up.”  We need to remember, our children are not only ours.  As followers of Christ, how can we accept a priceless gift, such as a child, and simply leave it at that!?  It is our duty to take that gift, and raise our baby in the knowledge of God.

4. Hannah prayed after Samuel was born

There’s a whole section in 1 Samuel 2, that is dedicated to her prayer.  It’s so beautiful, I’m just going to let you read it.

Hannah’s Prayer
2 Then Hannah prayed and said:
“My heart rejoices in the Lord;
in the Lord my horn is lifted high.
My mouth boasts over my enemies,
for I delight in your deliverance.
2
“There is no one holy like the Lord;
there is no one besides you;
there is no Rock like our God.
3
“Do not keep talking so proudly
or let your mouth speak such arrogance,
for the Lord is a God who knows,
and by him deeds are weighed.
4
“The bows of the warriors are broken,
but those who stumbled are armed with strength.
5
Those who were full hire themselves out for food,
but those who were hungry are hungry no more.
She who was barren has borne seven children,
but she who has had many sons pines away.
6
“The Lord brings death and makes alive;
he brings down to the grave and raises up.
7
The Lord sends poverty and wealth;
he humbles and he exalts.
8
He raises the poor from the dust
and lifts the needy from the ash heap;
he seats them with princes
and has them inherit a throne of honor.
“For the foundations of the earth are the Lord’s;
on them he has set the world.
9
He will guard the feet of his faithful servants,
but the wicked will be silenced in the place of darkness.
“It is not by strength that one prevails;
10
those who oppose the Lord will be broken.
The Most High will thunder from heaven;
the Lord will judge the ends of the earth.
“He will give strength to his king
and exalt the horn of his anointed.”

That’s the kind of mother I want to be.  A mother of prayer.  And that’s my prayer for our Baby Boy.
Posted by Serendipitous at 1:49 PM