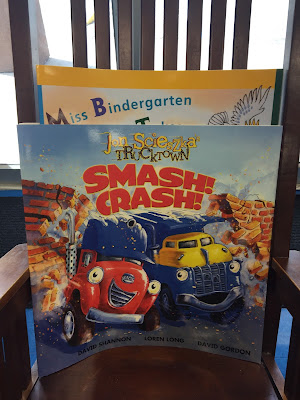 Yay for Smash! Crash! week!  The boys always love this week - trucks and tractors galore!  So, let me show you what we did in our centers this week:

I really went all out in the math center this week.  In math we're learning about one-to-one correspondence, and I wanted to tie in the trucks and tractors.  I found this great free bundle on vehicles at homeschoolcreations.com.  One of the games was these cards that had a certain number of vehicles, with three numbers at the bottom, then the kids put a clothespin on the correct number.  It reenforces one-to-one correspondence, number recognition, and fine-motor skills. 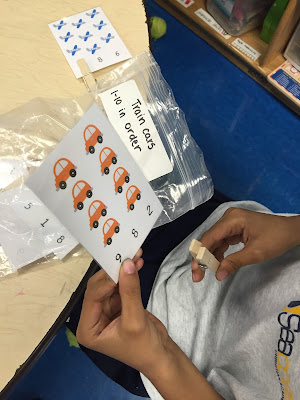 I caved, and actually bought a packet on teacherspayteachers.com.  It was totally worth it!  It had a few different games.  The first one was a domino game, using tractors instead instead of dots.  Big hit! 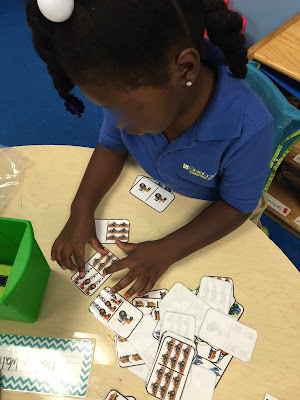 It came with a matching game too.  Again, great for one-to-one correspondence! 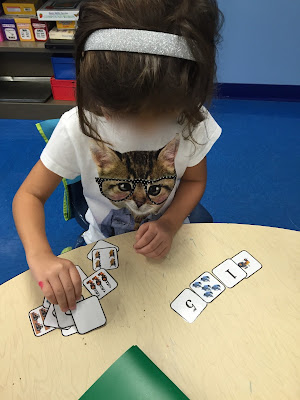 I also used a game from the first game, where the kids put numbers 1-10 in order.  They used orange and green train cars, which was also great for reenforcing patterning. 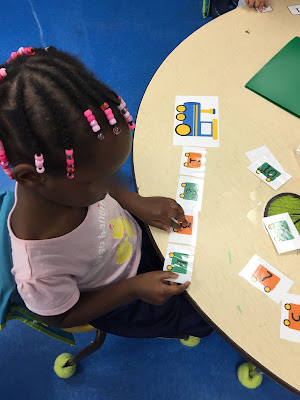 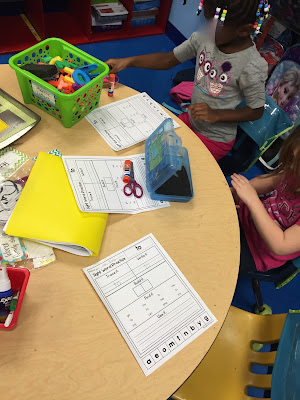 I used part of the first packet to practice sequencing (which could've gone to math also, but I thought it might help visual learners, when we're talking about sequencing our stories). 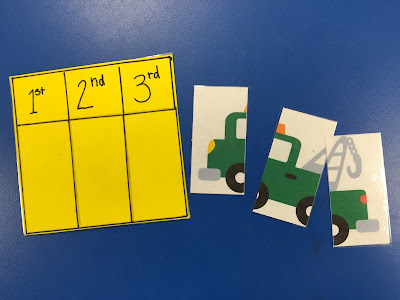 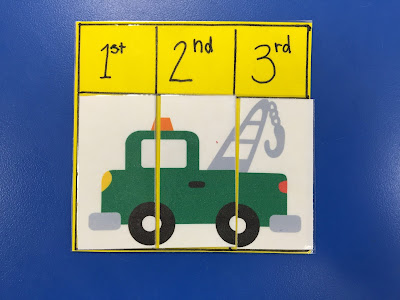 I made a fun sight word practice.  (One of our words this week was "a", so it was super easy, but it'll get more interesting.)  You'll need an old cookie sheet, some tape, sight word cards, magnetic letters and white board markers. 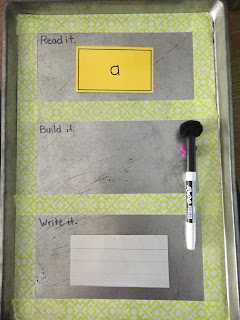 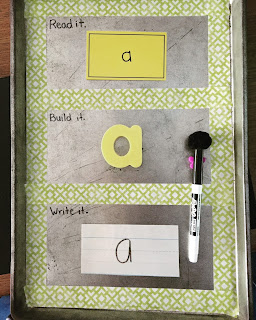 I made a great, differentiated CVC word practice game.  You'll need a picture of a Weiner dog, and a clip art of a bone.  For your below- or on-level students, you can cut the bone into three pieces. This way it'll help them know it the letter is a beginning, medial or ending letter.  For your advanced students, you make the bone smaller, and they have free range of the order they put the letters in. 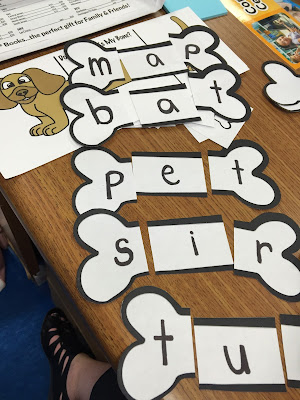 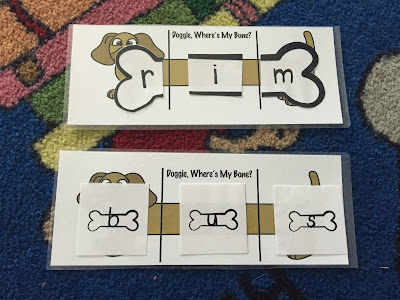 I found a worksheet on motion; where the kids had do decide if the action in the picture was "pushing" or "pulling". 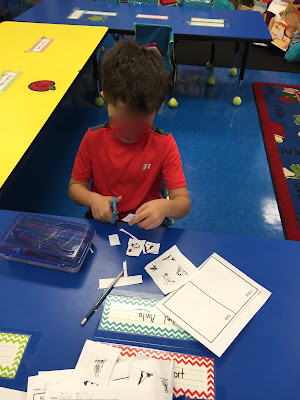 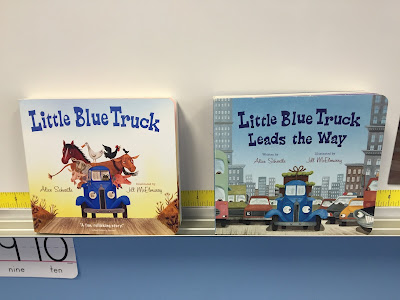 We read Little Blue truck one day, and Little Blue Truck Leads the Way the next.  We then compared (what's the same), and contrasted (what's different) them.  THE KIDS HAD SO MUCH FUN!!!  And, we were using our vocabulary words.  Score!!!

Contrast:
- Little blue is a lighter color (haha, my artistic kiddo).
- Different setting (country vs. city).
- Different supporting characters (animals in first one, vehicles and people in the second one).

That's all for now, folks!
Next week is Dig, Dig Digging, so some of the center games will stick around for one more week.
Hope I was able to give you a few ideas for your own kiddos.
Let me know if you have any thoughts, ideas or questions!

Posted by Serendipitous at 3:14 PM