The Adventures of Tintin and Captain Haddock DIY Costumes 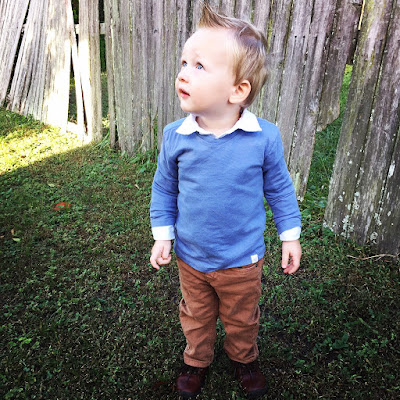 It's the most wonderful time of the year... no, I don't mean Christmas.  PARADE OF LITERACY!!!
It's my favorite day of the year, and pretty much my favorite part thing about being a teacher.  Two years ago I went as Ms. Frizzle, and last year Aidan and I went as Max and a Wild Thing from Where the Wild Things Are.
I totally plan a year in advance.  I know I'm crazy, but at least I channel it into something productive - costume making! 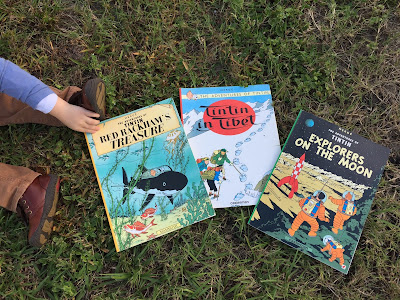 This year, I decided to dress Aidan and I up as Tintin and Captain Haddock.  In case you don't know who they are, don't worry, you're not alone.  If you DO know who they are, I am so happy we are friends!  The Adventures of Tintin is a comic series, created by Belgian cartoonist Herge.  Since Dan and I met, and went to college in Belgium, plus my mom is/was a huge fan, so growing up, liking the comic series wasn't really optional, it felt like a perfect fit!  Plus, while Aidan isn't a ginger, he definitely has some red tones to his hair.  Let the planning begin! 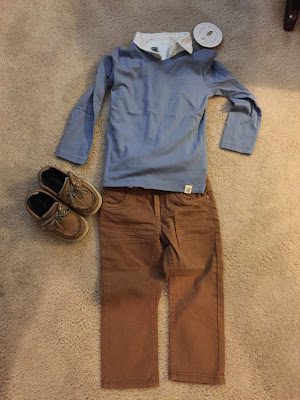 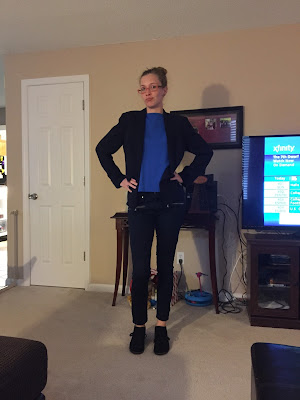 Tintin's costume was pretty straight forward.  Captain Haddock's took a little work.
1. I cut out a beard from the fuzzy fabric, and hot glued ribbon to the corners.  I also cut a long strip of it, and hot glued in to the inside of the captain's hat.
2. I printed out a large picture of an anchor I liked (in the comics, Captain's Haddock's anchor is pretty small, but I wanted it to be noticeable, so I took some artistic liberties.  I cut out the anchor, pinned it to the felt, and cut the anchor out of felt.  I then hot glued it to the front of the blue (Goodwill-find) shirt.
Ta-da!

Then, we took Aidan outside, and got a few pictures.  Because, seriously - he looked way too stinking' adorable not to have photographic evidence.  Besides, he'll need proof when he needs to see a shrink once he's an adult. 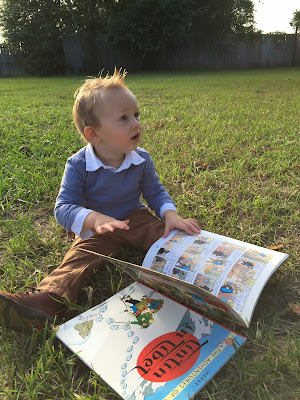 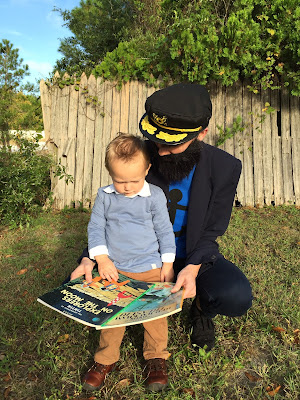 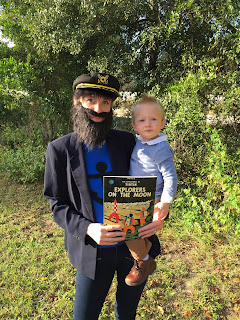 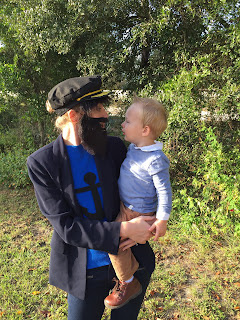 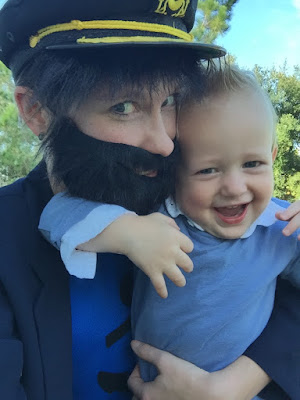 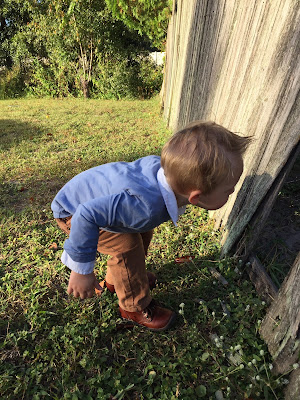 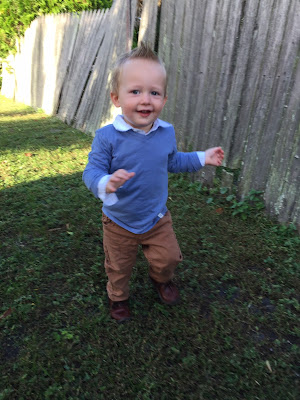 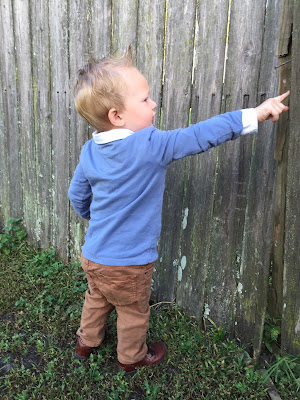 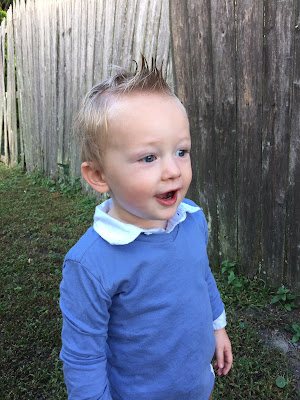 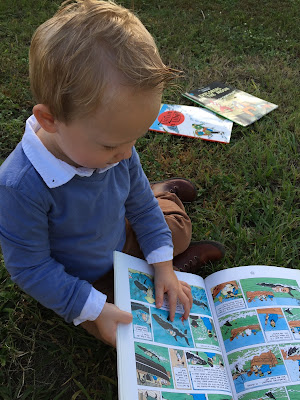 And... just for reference sake, here are the original Tintin and Captain Haddock: 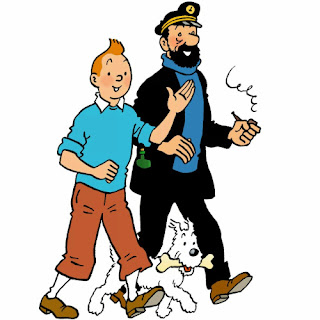 Posted by Serendipitous at 9:28 PM