Flowers, and Fish and Flamingos, Oh My!!!

For this week, our focus letter was "F".
Now, I knew I wanted to do something with fish, because we do live in Florida, and my kids are familiar with fish.  Also, one of my favorite children's books is the Rainbow Fish.

On Monday morning, I read The Rainbow Fish to my kiddos, and incase you're not familiar with this book, here's it is.

This is a wonderful story about a beautiful but proud fish, who learns that sharing with his friends is what really makes a person happy.  Something my kids have been dealing with anyway.

So, after that we made our very own Rainbow Fish.
The week before, in my newsletter, I asked all the parents to bring in any used, never to be used again CDs.  I figured this was pretty safe, because most people I know have a bunch of their CDs laying around, from which they've already uploaded the songs onto iTunes.
Turns out, I was right.  One mom even said "Don't judge me..." haha.  She brought in some New Kids On The Block Cds.

So, I gave each child a CD, then they got to stick the googley eye, lips and 13 rhine stone stickers on in, any way they liked.  This part needed a little supervision, because they really liked the stickers, and lost count, and just kept "decorating".  In a small class like mine, it was pretty easy to keep an eye on them, but just a quick FYI.
After that, they cut out the tail and fins, and glued those on.  I also had them cut out a black circle, the size of the CD to glue on the back, just in case they wanted to hang it, it would just look a little more "finished".
This project was great for many reasons.  With the rhinestones, they were constantly counting (after each sticker they recounted them), it tied in with the story they'd just heard, and the googley eye taught them perception, because each of them was like "he needs two eyes!", and then I could show them, that if they look at someone from the side, they can only see one eye.  Plus, of course fine motor practice.
So, here is the finished product: 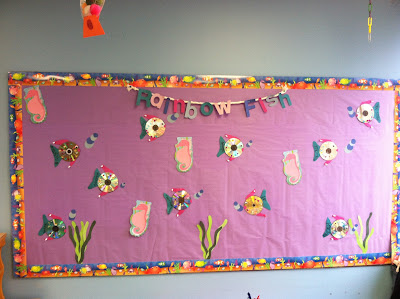 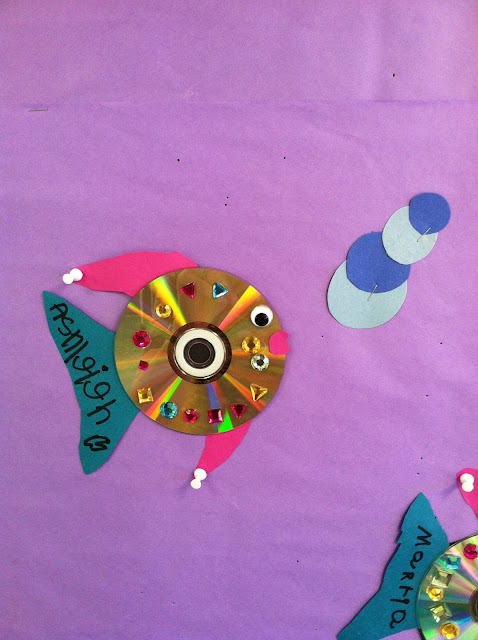 On this week, we also started focusing on Valentine's Day.  I needed to come up with a bulletin board idea, but I wanted one that wasn't just "pink and read sparkly hearts".
I found this idea through pinterest.com on craftsy.com.
It's really simple and inexpensive, and looks SUPER cute! 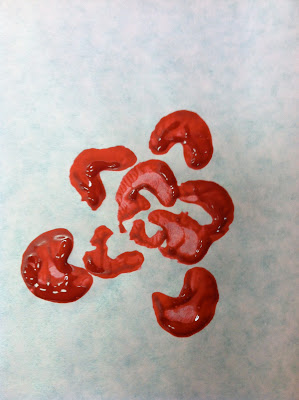 What you'll need is:
Celery Stalk (use as many as how many different colors you want to you use)
Paint
Paper

Firstly, you'll need to cut the celery stalk, but make sure you leave enough to where each stem is defined.  Then, dip it in the paint, and you're ready to start stamping!

I bought 2 celery stalks, one for pink paint, and one for red paint.  Then, I also used a celery stem for the stem of the flower. 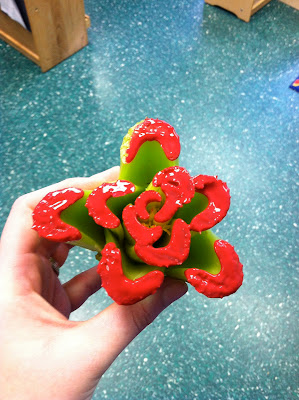 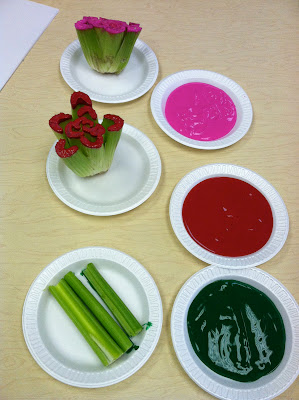 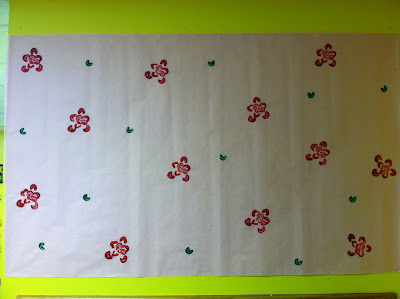 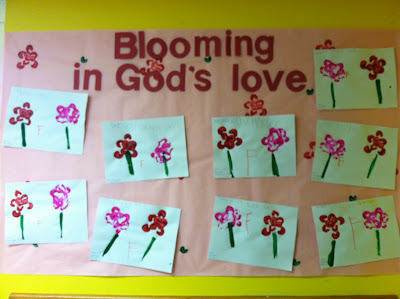 Our last craft that week was another fun one.  I got the idea for this from our principle.  Flamingos!
Pink flamingos!  Or, are they!?  What color are flamingos?  All kinds of shades of pink and peach.
So, how do you come up with that?  Paint is always something that kids are a little hesitant to use, because it's messy, so they aren't usually allowed near it.  But I love hands-on learning!

To start, I put out a cup of pink, a cup of orange, and a cup of white paint, and let the kids pour the three colors (however much they wanted of each) onto a paper plate. 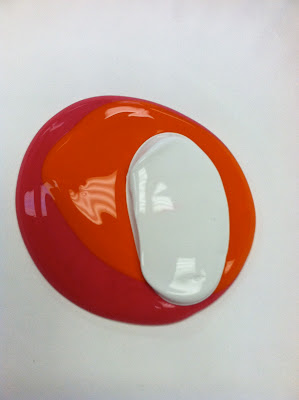 Then, I painted their hand with the paint, which they pressed down on the paper.  I gave the flamingo a neck, and then they pressed their thumb down for the head.  They also gave it some legs.
AND, ta-ta-ta-daaa!!! 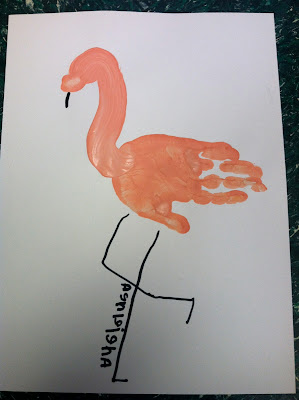 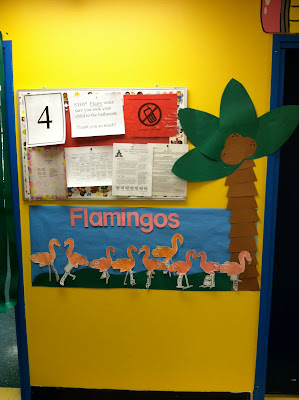 Floridian Flamingos, ladies and gents!
Posted by Serendipitous at 2:13 PM