Ah, the letter G.  And the number 11.
There are many fun things that could go with the letter G.  As Dan and I were shopping at Wal Mart, I saw some Chinet plates, and the wheels in my head started turning.
I bought enough for two for each of my kids.  At school, I had each of them count out 11 pom poms into the one (one to one correspondence and fine motor).  Then they cut out the construction paper pieces.  While they were doing that, I taped the two plates together.  After they had cut them out, I hot glued them to the plates.  They turned out very cute.  Take a look for yourself. 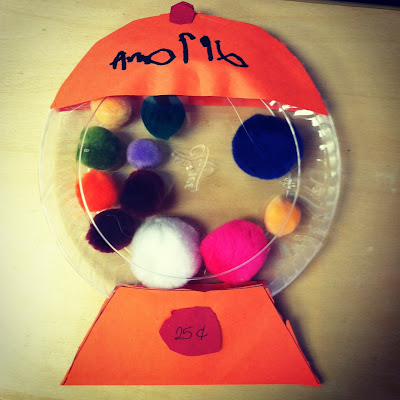 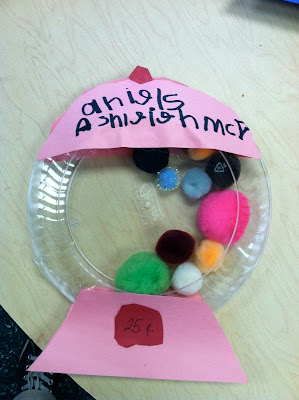 I thought the tissue boxes would works the best, because they already had a hole, but actually, the show boxes worked best.  Also, some of them had cute patterns!
First, I had them cut an oval shape on the face of the box.  Then, I had them cut a circle on the top, the size of the paper towel roll.  Then, they put the four rubber bands on it long-wise, stuck the paper towel roll through the hole, and secured it all with some duct tape.  They are very cute, and do make little "ping"-ing sounds!  That same day, I brought in my husband's guitar, they got to try it, and we talked about how the thinner strings have higher notes, and the thicker ones have deeper notes.
It was a very fun day, and I think they learned lots of new things, and had a couple new experiences.

Check out how precious these are. 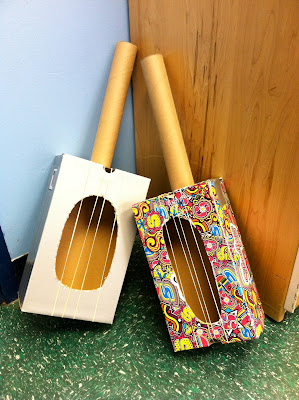 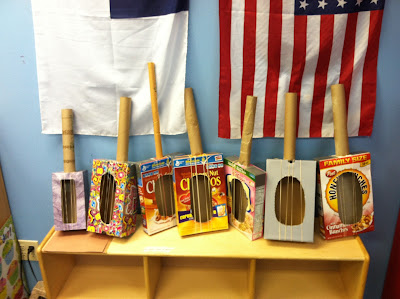