Aidan and I have been learning about Zoo animals this week.  I found a wonderful idea on www.toddlerapproved.com, to make an animal sensory board for toddlers.
I decided to put my own spin on it, and this is what I came up with! 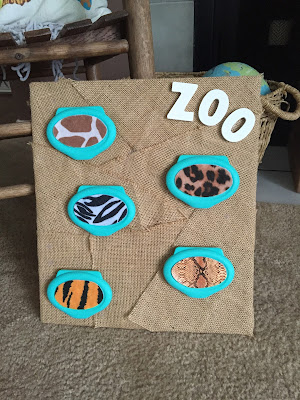 Let me give you step-by-step instructions on how you can make one for your squirmy toddler too!

Here's what you'll need:
- 2 large pieces of cardboard
- The lids off of wipes containers
- Animal-print felt
- Letters to spell out "ZOO" (or whatever you want it to say) (I found painted letters at Hobby Lobby, each packet came with two of the letters.  I used them in a sensory box too!)
- Burlap
- Corresponding animal pictures
- White paper
- Hot glue gun/glue
- Pencil
- Scissors 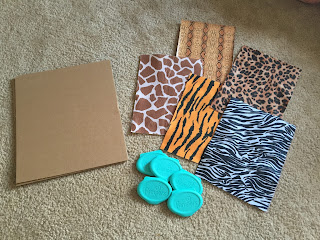 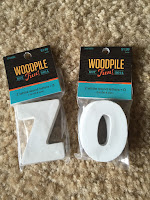 1.  I went to Hobby Lobby, and bought the felt that I needed.  I liked using felt over scrapbook paper, because I really liked the furry texture.  For the snake skin, I found it in the same section, but it felt more like that plastic table cloth material.

2. I opened the lids, traced the oval shape of the opening on a piece of paper, cut it out as a template, traced it on the backside of each piece of felt, cut it out, and glued it to the top of the lid.  Repeat with each type of felt. 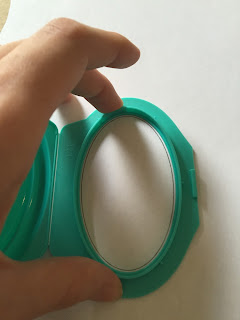 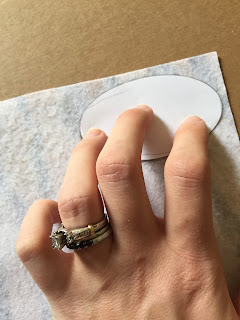 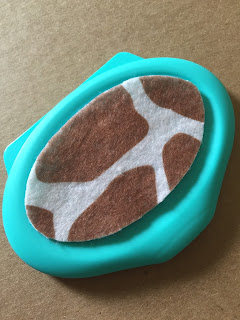 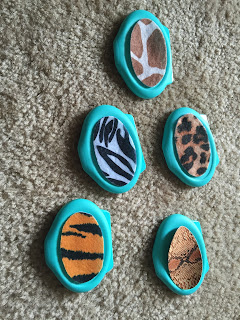 3. I cut random pieces and shapes out of burlap (to give it a worn safari look), and covered one of the pieces of cardboard with them, using a hot glue gun.  I placed the lids on it, to decide positioning. 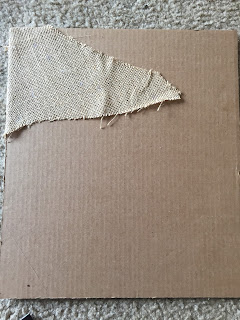 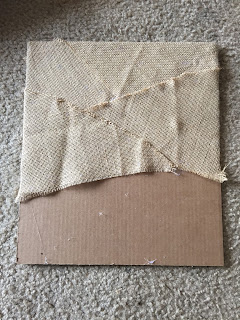 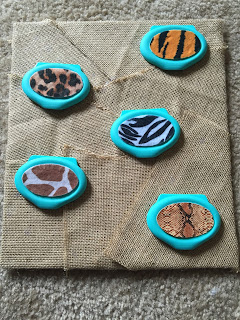 4. I printed out pictures of each of the animals, traced about them using the lid as a template, and cut them out. 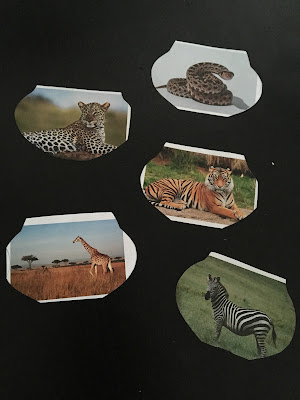 5. I traced the lid shape five times onto the remaining piece of cardboard, and cut it out, using an exacto knife.  I did this, so each lid would have a back against the burlap, because I was worried about how the picture would do directly on the burlap. 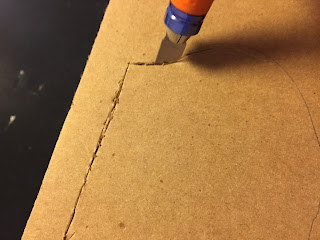 6. I traced the inside oval of the lid on a plain white piece of paper, and wrote the name of each animal on one.  Cut them out.

7. I hot glued the picture onto the cardboard, and then the lid overtop of it.  Positioned them again, added the letters "Z" "O" "O", and hot glued it all into space.  Then, I also glued the name of the animal in the top inside of the lid. 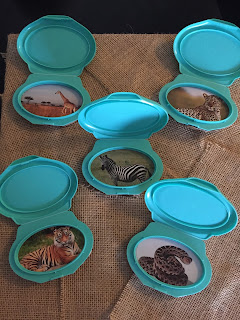 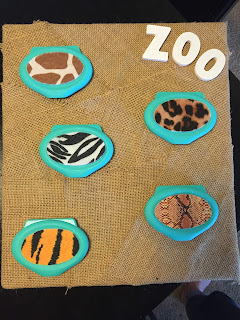 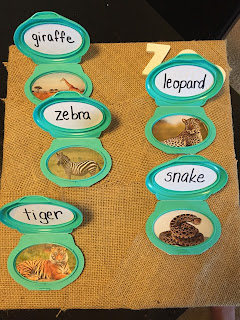 I cut the remaining felt into large squares, then cut them diagonally (one straight, one zig-zag, one wavey, you get the idea...) to make an animal print matching game. 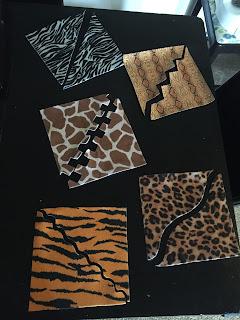 All-in-all, I'd say both of these projects were a success!! 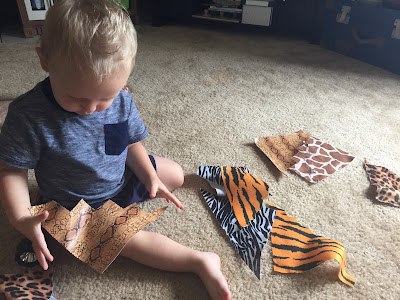 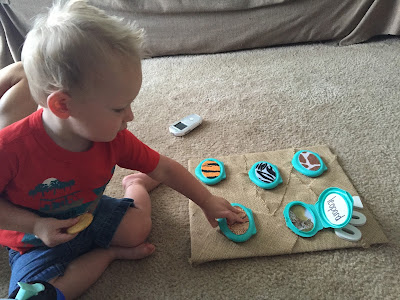 Have you ever made a sensory board?  If you have, what kind was it?  What other ideas do you all have for a new sensory board?
Please, leave your comments below, I'd love to hear from you!
Posted by Serendipitous at 12:32 PM