Hi friends, it's been a while, and I am glad to have a moment to form some sentences.
It's been an interesting few months, we've been on the road, and have had a few family tragedies.  In the last 4 months, I have lost two of my grandparents.  It has been tough, and we've had to work through many different emotions.  At my Gramps' funeral, the latter of the two, my Uncle John gave a heart-warming eulogy about him. 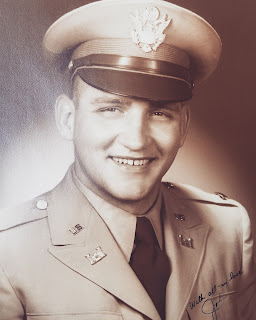 Some things I knew, others I must not have heard before, or did not understand the significance of.
My great-grandparents moved from Hungary to Canada.  They then moved to Buffalo, New York, where my Gramps was born.  My Gramps was the first one of his family members to go to and graduate from college.  He met my Gran (who passed 3 months before he did) shortly before going to Korea.  When he came back, they got married, had three sons, he worked for the Department of Labor Bureau of Labor Statistics, was an active member of his church, a coach, and beloved by many. 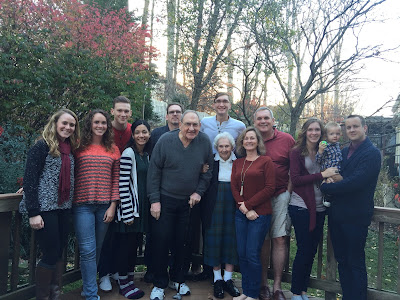 He lived the American dream.  He was the son of immigrants, and by working hard, he made a better life for his family, and generations to come.

I am a third generation Hungarian American.  I am the descendant of an immigrant. Not only that, but I have BEEN an immigrant.  The definition of an immigrant is a person who comes to live permanently in a foreign country.  That's what I did when I moved to Hungary.  On top of that, we are planning on doing that again, by moving to Slovenia.
I think this explains why books about different cultures speak to me.  I am interested in different cultures, love the significance given to certain things, and how it all ties into the "human family".

So, I am going to raise Aidan to appreciate the things that make us all unique.  I will teach him to love his own culture(s), as well as find the beauty of those he encounters.  These books will help me with that, and I'm hoping they will help you too. 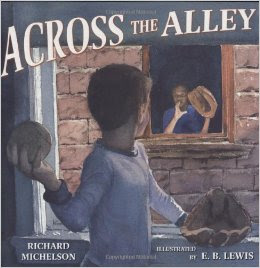 Across the Alley by Richard Michelson is a book about two boys, one who is Jewish, and one who is African American.  It's about how they aren't allowed to be friends out and about, but their windows open up to each other - where they can become friends.  They each teach the other something they're good at, and eventually affect the people around them.  It's a great way for kids to learn about making friends, and that they can make a difference. 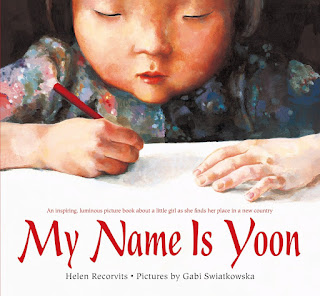 My Name Is Yoon by Helen Recorvitz is a book about a young girl whose family moves to America from Korea.  She loves how her name looks in Korean - it dances and looks happy.  But she doesn't like how it looks in English.  She refuses to write it for a while, but with the help of an encouraging teacher, is able to write it, and in time learns to love it too.  This is a great book for talking about different languages, and meanings of names.  You could even find out what your child's name would look like in a different language. 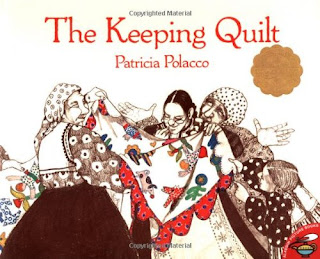 The Keeping Quilt by Patricia Polacco is one of my all time favorite books!  I've talked about it before, and I will keep talking about it forever!  As the daughter of a quilter, it has special meaning to me.  It's about a Russian Jewish immigrant community, and how they preserve their traditions, as well as how those traditions change over time.  We all have family traditions, so this is a great way to start talking about those too.  If you know your own heritage, or even better, if you have any family heirlooms, this would be a great time to bring them up. 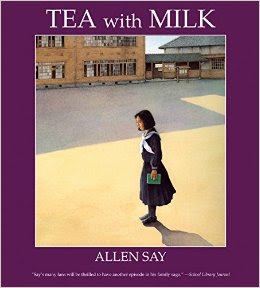 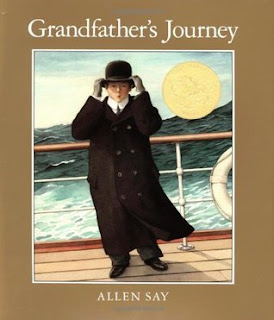 Tea with Milk and Grandfather's Journey by Allen Say.  Grandfather's Journey was one of my favorites growing up.  I think the reason I liked it was because the man in it misses Japan when he's in America, and misses America when he's in Japan.  As someone who dealt with a similar conundrum, it was nice to have a story to relate too.  Reentry can be hard on kids growing up cross-culturally, so knowing that other people feel the same way, can be encouraging.  His other book, Tea with Milk is about the man in the first book's mother, who deals with some similar emotions.  She's a strong female character who makes her own way in the world, which I also really like. 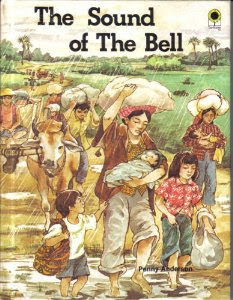 The Sound of the Bell by Penny S Anderson is about refugees.  They have to flee their home, but always know where to go, because the children can hear their mother's bell ringing.  However, they get separated from her, and have to figure things out for themselves for a while.  (Don't worry, it has a happy ending.)  I would recommend this for older, more mature kiddos, since it is a little heavier topic.  It's something I think we need to talk to our kids about, because there are children their age, around the world who are facing these things, and it's important to be aware of it. 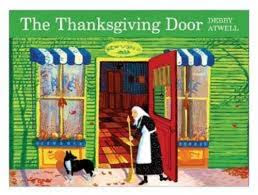 The Thanksgiving Door by Debby Atwell is a heartwarming story about a couple who burn Thanksgiving dinner, and decide to try to eat out instead.  They think a restaurant (The New World Cafe) is open, and so they take a seat.  What they don't realize, is that they have just sat down in the middle of an immigrant family's Thanksgiving celebration.  I love this, because it captures what I think the essence of Thanksgiving is, and what has made our country great - being thankful to God of course, but also thankful for each other.


Well, I guess you can take the teacher out of school but not the school out of the teacher.  This is the first time in many years, that it is August, and I'm not writing lesson plans, setting up my classroom, buying school supplies, laminating, and getting headaches from sharpie fumes.  Instead, I'm at home with a rambunctious 2-year-old, building train sets, kissing boo-boos, and reading lots of books.  It's a different adventure, and I'm enjoying it, but writing about things like this helps keep me sane.

I hope you got something out of my ramblings, and enjoy these books!  If you know of any others I should add to this list, please let me know!
Posted by Serendipitous at 5:13 PM