Snakes.  Not my thing.  BUT, being a boy-mom means if I want something to stick, I have to make it fun for him, not for me.  So, "S is for Snake" week it is!

1. Look out for snakes everywhere 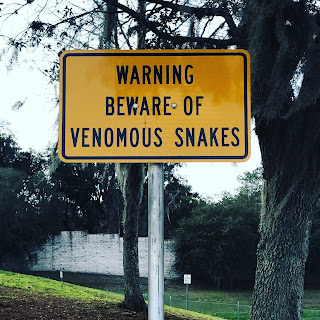 We stopped at a rest station (because our big boy said he had to go potty, woohoo!), and saw this sign right when we got out of the car.  Now, I have enough of a brain to not go on a snake hunt.  BUT I did ask Aidan to find the S-s, and took the minute to explain what venomous means, and why we don't just touch snakes in the wild. 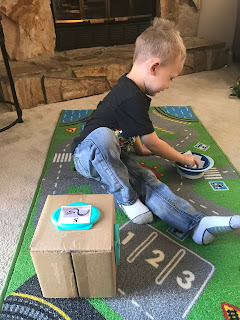 I love the lids on baby wipes.  I save them all, which I think drives my husband crazy.  BUT  I cut holes in the sides of this box, then hot glued the lids over them.  I printed and cut out pictures of the last 4 animals we learned about, plus the letter they start with.  I did a zebra, a jaguar, a kangaroo and a snake.  Then I printed out a bunch of each letter.   It's more of a matching game, rather than  recognition. 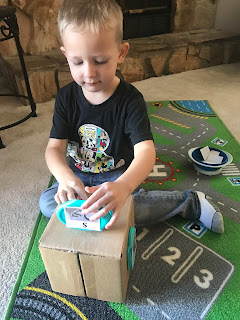 Later on, I might cut off the letter, and make it recognition.  Anyway, he had to take a letter at a time, find the right lid, open it, and put the letter in.  He really seemed to enjoy it!  It used fine motor skills, as well as was a good review of the letters we've learned lately. 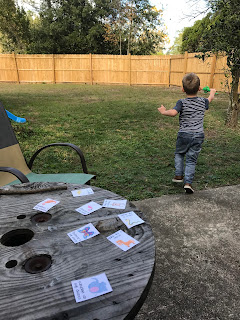 For this activity, I printed out some animal movement cards, laminated them, and then set them out, face down.  Then, one at a time, I had Aidan turn them over.  He had to tell me what animal it was, and then I told him what action to do.  He had lots of fun with it!   I'm still me, so I had a towel for him to slither like a snake on, haha! :) 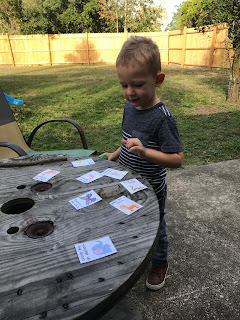 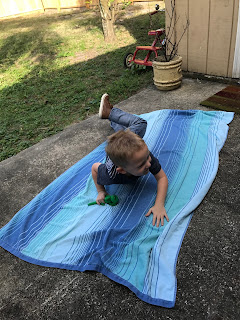 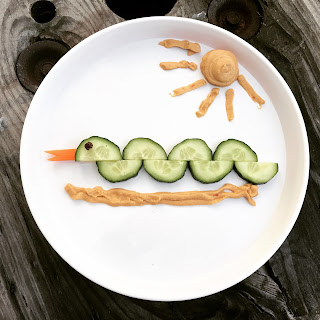 For this snack. I cut a cucumber into rings, which I then cut in half.  I used a piece of carrot for the tongue, and a raisin for the eye.  Then, I put some hummus in a ziplock, cut the tip, and used  it to "pipe" the sun and ground.  Aidan loves anything he can dip in hummus, so this was a big hit! 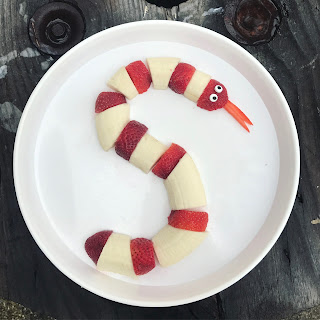 This one was super easy, just cut up strawberries and banana slices, and arranged them in an "S".  Sssssuper yummy! 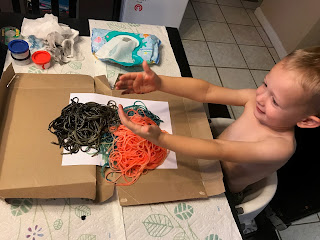 I found this idea on pinterest, and love it!  I don't think Aidan could believe I was letting him do this!  For this craft, I boiled half a box of spaghetti, then added finger paint.  I printed out a big letter "S" coloring page, dumped the spaghetti on it, and let him go to town! 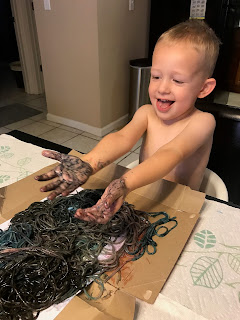 He was in love!  I should've known, but all the colors mixed together to make black, which actually worked out perfectly for a snake. :) 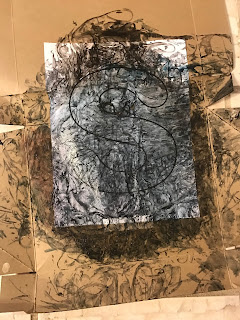 This is what it looked like afterwards.  I let it sit and dry overnight, then cut out the letter "S", to make a... 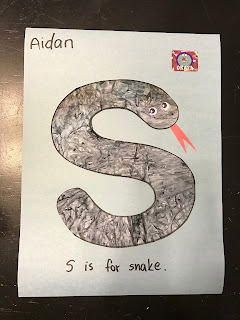 Aidan glued it in the middle, then added a tongue and eyeballs!  He really liked it, and kept making hissing sounds.

1. The Greedy Python by Richard Buckley, illustrated by Eric Carle 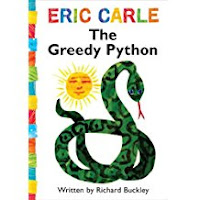 This is a cute book about not being greedy.  The python eats every animal insight, but then they all grumble and kick, and he spits them all up.  It was a little ironic, because Aidan had just gotten sick, lol. 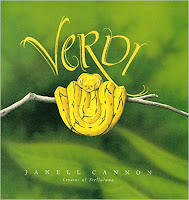 When I read that this book was by the author of Stellaluna, I knew it was going to be great! I was right!  It's a very sweet story about a young python, and how he tries desperately not to grow up.

3. Polar Bear, Polar Bear, What Do You Hear? by Bill Martin Jr., illustrated by Eric Carle

Another great Eric Carle classic!  It just so happened that all three of the books were about pythons!  How cool is that!?

2. Aladdin - I couldn't find any movies that were specifically about snakes, or where snakes weren't the "bad guys".  We had recently bought it, and he thinks that Jasmine is "beautiful", so there's that!

3. The Lion Guard, Season 1, Episode 7 - Fuli's New Family - In this episode, Bunga the honey badger gets bitten by a cobra, and all his friends get worried, but then they all find out that honey badgers are immune to snake venom.  Fun fact!

SaveSave
Posted by Serendipitous at 2:58 PM